Existential Therapy
This page is about who I am and my work as a philosophical counsellor and existential therapist.

My pathway to counselling took a circuitous route. I grew up in the Mallee - north-western Victoria - in a family of tradesmen and farmers. I dropped out of high-school at 17 and moved to Melbourne where I made a living as a drummer for a few years, with a passion for jazz. However, I became powerfully drawn to existential and spiritual questions, which I explored at that time through Christian mysticism, which led to me entering a monastery in Italy. Later I returned to Australia and, while working in a factory by day and reading philosophy by night, I made my way into The University of Melbourne where I studied and eventually taught philosophy.
​
Philosophy is an ancient Greek word meaning love of wisdom. And that is precisely what it is for me: less academic scholarship, more a way of deepening our understanding of life, in order to create better, more meaningful and happy lives. For this reason I decided to study a degree in counselling as well, and to combine that with philosophy. This has become my career. Today I am a master's qualified counsellor with decades of experience, and am registered at the most senior level with the Australian Counselling Association. I no longer teach philosophy, but work as a philosophical counsellor and existential therapist.

During my first decade as a counsellor I worked in a range of organisations, with the goal of becoming widely experienced in mainstream approaches to counselling, and in the many issues that people bring to counselling. I counselled with services as diverse as bereavement after suicide; men's relationship counselling; suicide crisis intervention; workplace counselling (EAP); interpersonal coaching for managers; defense force and veteran's crisis support, and so on. I took deep dives into the variety of mainstream approaches to counselling and psychotherapy: Person-Centred Counselling, Psychoanalytic / Psychodynamic therapies, Cognitive-Behavioural Therapy, Positive Psychology. I also pursued projects of passion, such as piloting the first nation-wide government-funded service in video counselling for rural men. Alongside these roles, which were performed part-time, I created a successful private practice focused on philosophical counselling and existential therapy.

Existential Therapy is a recognised approach to counselling which originated with psychoanalysts, pastoral carers, and the like who felt that the dominant psychological view of people (which reduced us to mechanisms) was much too limited. I am deeply influenced by various existential philosophers, as well as by existential therapists such as Emmy van Deurzen, Viktor Frankl, and Irvin Yalom. However my philosophical orientation is much broader, and so I refer to myself also as a philosophical counsellor. I am highly influenced by Stoic philosophy (eg Marcus Aurelius), by Aristotle and virtue ethics, and especially Plato and the platonists (Plotinus in the ancient world, Simone Weil and Iris Murdoch in the 20th century). I have also read a lot of spiritual literature, Eastern and Western. I have spent my life exploring psychological and spiritual practices for well-being and meaning, both as a personal and a professional passion.

My role as a counsellor is not to indoctrinate people into a certain philosophy or spirituality. Rather, my talent lies in helping people explore and deepen their own worldview, to help them create more happy, good, flourishing lives. Counselling for me is a vocation rather than a mere profession; I have a natural ability to care for the person in front of me, to get a sense of what it's like to be them, while maintaining objectivity. I view each counselling hour as an important moment with another human being, a space in which to focus our attention, to really understand life and to really understand you, to help you move forward.

That's enough about me. Some years ago I left the city and my city office, buying a cottage by a forest in central Victoria, where I now do my philosophical counselling work from home by video and phone. 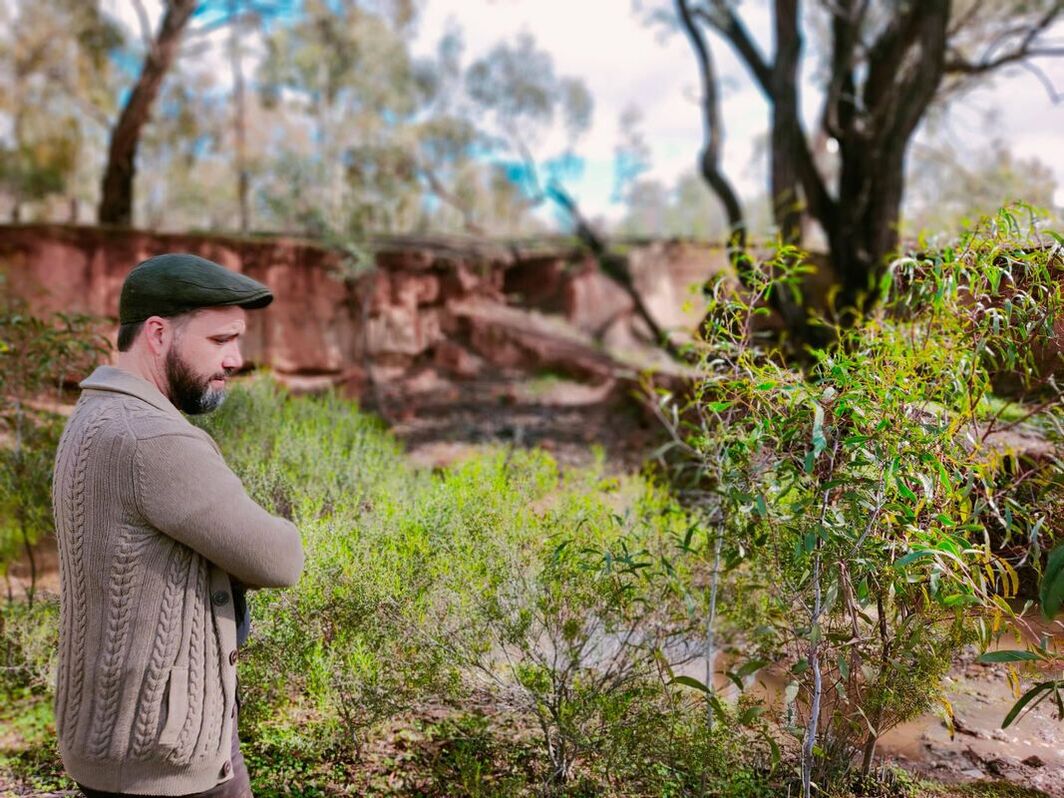